You are here: Home / Healthy and Happy / Cold Weather Danger for Your Pets: Antifreeze

With the weather changing (hasn’t it been COLD?!), it’s important to be aware of the dangers of antifreeze, a sweet-smelling, sweet-tasting poison that’s particularly attractive to animals.

The primary active ingredient of antifreeze is Ethylene Glycol. You may remember that “glycol” is a sugar alcohol – a tempting concoction to a pet. 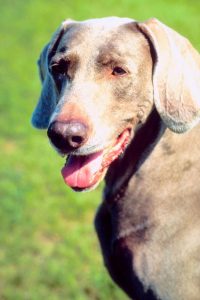 And it’s not just antifreeze in puddles under your car. An animal that stepped into leaked antifreeze on a street or driveway could come home, lick the chemical residue off his paws and become very sick and die.

1. Within 30 minutes to an hour, an affected animal may act lethargic, disoriented and clumsy.

2. Symptoms that may be exhibited up to three days after ingestion are vomiting, kidney failure, coma and death.

If you suspect your pet has lapped up antifreeze, it’s very important to act quickly and get medical attention from your vet. Thousands of pets die needlessly every year due to the chemical’s extreme toxicity.

1. Buy antifreeze that has a bittering agent added to the ethylene glycol – for a taste that should repel pets from drinking it. So far six states (Oregon, California, New Mexico Arizona, Tennessee and Maine) have passed legislation requiring this addition of a bittering agent.

2. Discard waste antifreeze safely. Check with your local sewage treatment office and find out about recycling centers. Some gas stations may charge a small fee to recycle used antifreeze. Never discard antifreeze in storm sewers, septic systems, waterways or even on the ground.

3. Keep unused antifreeze well sealed and out of reach of small children and pets.

With a few precautions, you can keep your furry babies safe out there in the cold. Don’t hesitate to contact us if you have any questions about your dog’s health.